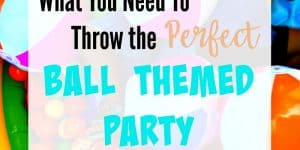 Leading up to his second birthday, Miles’ toy obsession  was everything involving a ball.  And I know he’s not the only obsessed toddler out there! Since I love a good theme, I thought I’d run with a ball inspired birthday.  He had an amazing time! I definitely recommend a ball themed birthday party for your toddler that loves to play ball. We had it in our side yard, which is actually not very big. This can be accomplished by other city condo dwellers like ourselves. Or even better in a large backyard!

Check out the new post on this theme! More pictures of the tables and more things learned. 🙂 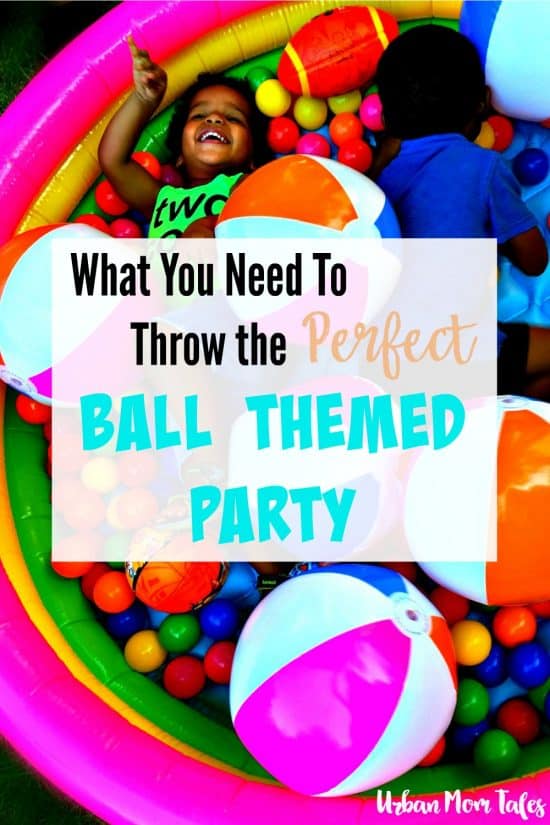 The Brunch addition was for the adults. 🙂 Sunday fit into everyone’s schedules best. When you are planning something for toddlers, there are two windows- pre and post nap.  We didn’t want to do something after the nap and have people linger late into the evening since we had to work the next day.  To make up for having an early 10am party, we supplied brunch food and mimosas!

This post contains affiliate links for your convenience, meaning I will make a small commission at no additional cost to you!

We didn’t have structured games, but had various toys to play with outside.  The most successful was by far the ball pit.  I bought two bags of plastic balls, but as you can see in the pictures, you could fill it up with even more!  The pool was the perfect size for a few small kids to jump around in and I loved the bright colors.  The beach balls also added a fun variety in size and you could throw them around outside of the pit as well. 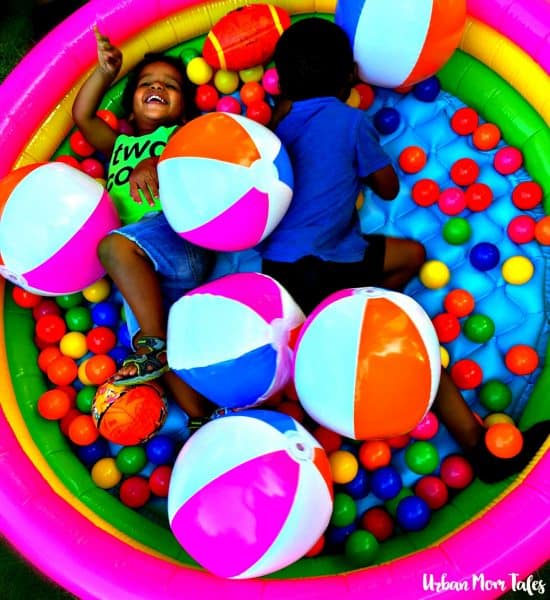 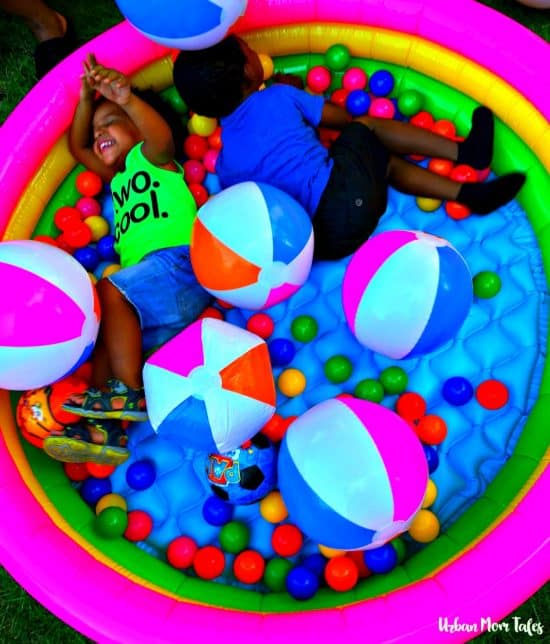 Having a  jumbo inflatable ball created another fun size addition and Miles made a game of bumping it with his head like a soccer ball and laughing hysterically.  They played catch with it and rolled it around all over the yard.

Inflate everything ahead of time! I didn’t want Miles to see any of this before the party so it would be a nice surprise. We started to inflate them after he went to bed the night before.  My husband, sister and brother in law all helped inflate the morning of!  Having help for this was necessary. If you have an electric pump- even better! 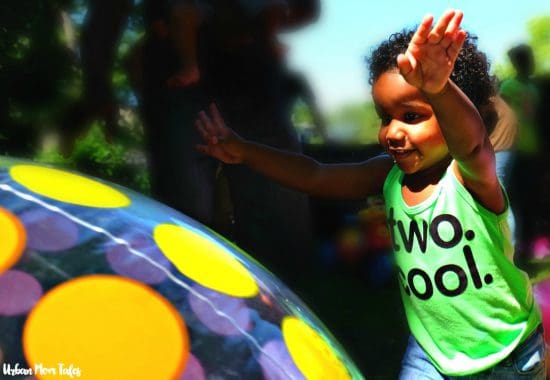 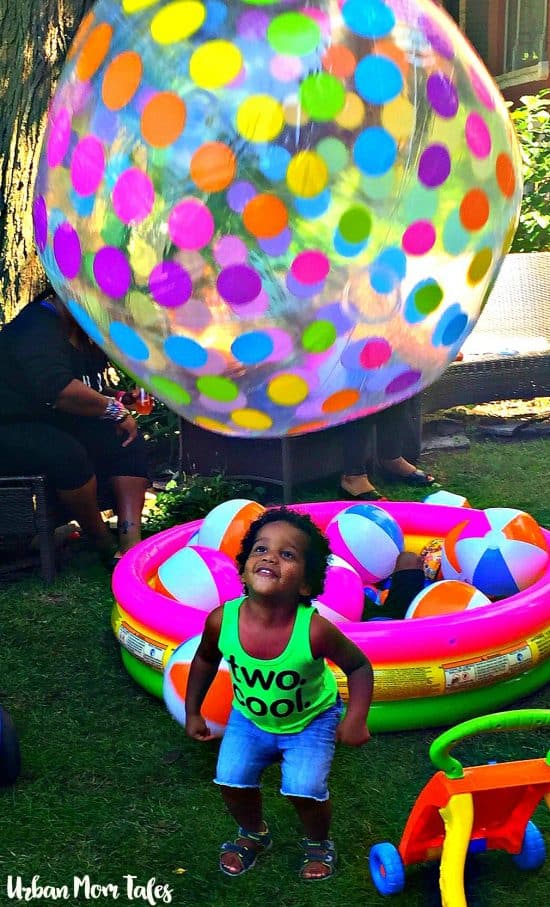 The bubble machine was a hit! And when you say something is a hit with toddlers, you know there was also some fighting over it. Many passionate disagreements as to the perfect location.  That will come with anything you do at this age, so we just gave it a couple time outs as needed.  While bubbles are not balls, they are the same shape so why not?!  Now, you could very well have manual bubble bottles and wands, which was the original plan before I started getting out of control. It’s that theme obsession problem I have, the ideas take over!  The machine added another level of fun and fantasy to the space, so it was worth it!

We also brought out sports balls, pushing toys, and Miles’ riding cars to add some variety and entertainment for everyone. 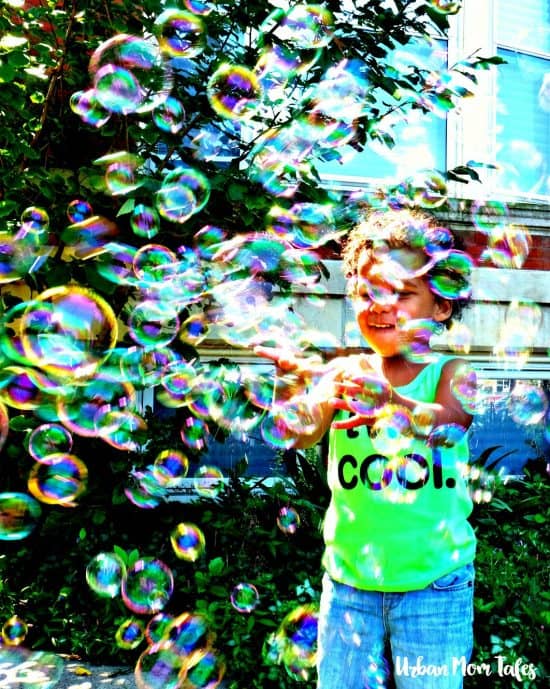 The games made up the majority of the decorations.  I decided not to do balloons because there was enough in the toys to fill up the small space we had.  There were two tables set up for food and mimosas, and unfortunately I did not get great pictures of them.  The table was covered with a blue tablecloth I already had and put this colorful circle garland on the front.

Some decorating was done with ball shaped food. These glass jars were filled with gum balls in two of them and cheese balls in another.  I also used this scooper and made watermelon balls that sat in the watermelon as a bowl.  For dessert we had cupcakes and I topped each one with a gum ball.

Miles’ shirt was from an Etsy shop.  This “Two. Cool.” is one of our favorites!

For the food, we had some of it catered and it was sooo nice to have something taken off my to do list. At the time, I was working full time and had a two month baby. I needed to save myself time in one area.  We served breakfast tacos, fruit, cheese and crackers, muffins, sandwiches, birthday cupcakes and of course gum balls (only because they were part of the decor).  If I had cooked, I would have had french toast sticks for the kids and I considered mini quiches as well.  In the end, we went with what we could get!

I already had  carafes and I filled them up with three different juices- pomegranate, orange, and mango/pineapple.  The type of juice was written on chalkboard labels with a chalk marker.  Behind the carafes were the champagne bottles in a bowl of ice. Shatter proof glasses were a fancy and outside friendly way to drink the mimosas.

Things I would have done differently

This has more to do with my son being two, but I would have taken him out in the yard to take in the whole scene before other kids arrived.  He got very overwhelmed and did not want ANYONE to play with “his” toys, which is actually not his normal demeanor.  Surprises are not really his thing, he likes to get comfortable in an environment before he truly starts having fun. That probably played a huge part in his temperament at the beginning of the party, thankfully he warmed up and had a blast.

Also, have the party set up at least 30 minutes before people arrive.  It’s nice to not have your first guests help you put stuff out because you are running behind.  Oops! To say this is not a constant problem of mine would be a lie.  We all need goals, right?! 🙂

In case you were wondering, Ellis was here soaking up everything. In all his two month glory! 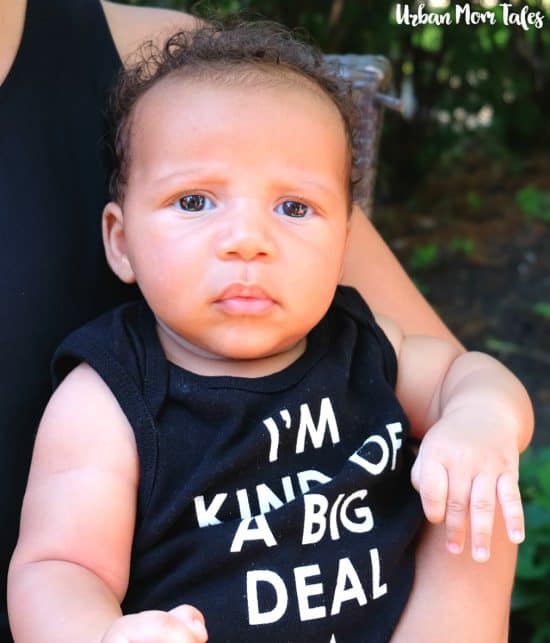 The final best part:  all of your “decorations” can be used over and over again for summer yard time fun!  Instead of balloons or banners that get lost in the fray, you’ll have spent money on toys you can use again.  Ellis may have the same theme for his 2nd birthday, we’ll see.  🙂

UPDATE: That last line was totally a joke, but I guess I wrote it into existence! Check out Ellis’ 2nd birthday ball bash here!